The shift inside your brain when practicing LEGO® SERIOUS PLAY® 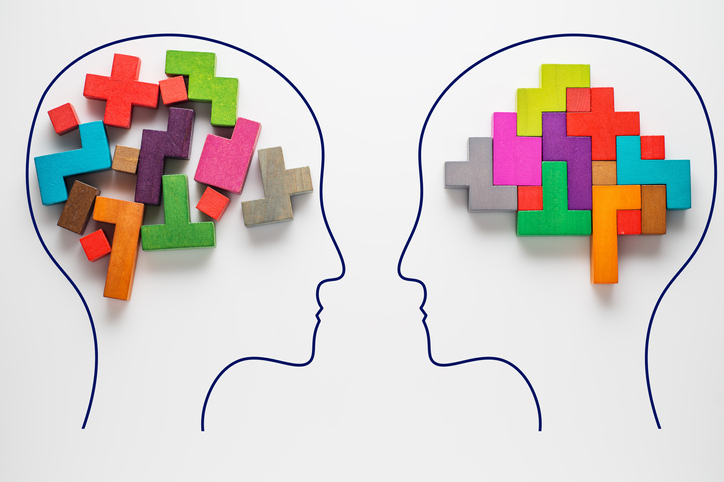 
The LEGO SERIOUS PLAY method help people communicate better, thanks to a process which respects and gives confidence to all participants to solve complex problems.

To answer a question, participants only have LEGO bricks and their hands. No pen, no paper, no smartphone, laptops or tablets.  They build metaphors with the bricks and only spend a very short time building an individual metaphoric model – 2 to 3 minutes…

When a question is posed by the facilitators to the participants, the latter are instructed beforehand to begin to assemble the bricks, before even thinking about what can be built to answer that question. “Do not have a meeting with yourself to know what to build.”
In doing so, participants do not have enough time  o use their brain like they would usually do – which is first to start thinking, and after to put those thoughts into action.

With LSP, this way of building a response to a question is reversed . First you build, and simultaneously, or in a second phase, you become aware of what you have built by letting your hands act “by themselves.”

What is going on in the brain?
The brain typically acts according to a principle generally prevalent in the universe, which is to take the most direct path that requires the least energy. It is the easiest way to act efficiently. In one’s brain, there is an “orchestra conductor” who takes the reins and recruits the brain resources adapted to the different situations encountered in human life.
For example, faced with a great danger, this conductor enlists the instinctive part of the brain, situated above the neck, and automatically chooses between flight, struggle and inhibition. This is a survival mechanism, as there is no time in this situation for a prior strategic reflection alive to decide on how to act.

To give an answer to a question, we generally first use the limbic part of the brain. It is in the limbic part that can be found the geographical location of the memory, which includes the great library of all knowledge and life experiences. The easiest way to answer a question is to use the wide range of answers or solutions we found previously to provide ideas,. Even by being driven to distort a little the reference experiences that has worked in the past to adapt it to the actual question, the present challenge. By doing it this way, the brain gives an answer more or less adequate and generally already known to this question.

But in that moment, you only have LEGO bricks at your disposal, as well as your hands, to give a response. You are living a new experience. You do not have an automatic, ready-made solution to select from the limbic part of your brain. Consequently, to find an answer, the brain mobilizes mainly some part of the prefrontal region, which is located behind the front part of the face.
This prefrontal is connected to the entire brain. The prefrontal is the local part for creativity and the management of emotions. By using mainly these neuronal resources, human beings are more creative and inventive, and they produce more new ideas to solve a complex problem by thinking “out of the box.”

Neurosciences research shows with real time magnetic resonance imaging that new neuronal connections are established, changing the brain configuration, thanks to its fabulous plasticity. This allows a better understanding of the Seymour Papert constructionism, saying that “when you build in the world you build in your mind.”

With the LEGO SERIOUS PLAY method, workshop participants easily make this shift from their usual ways of thinking to a major use of the prefrontal adaptative part, allowing them to be more creative with an “updated connected brain.”
To be more clever, use LSP !