What about your Alter “L”EGO? 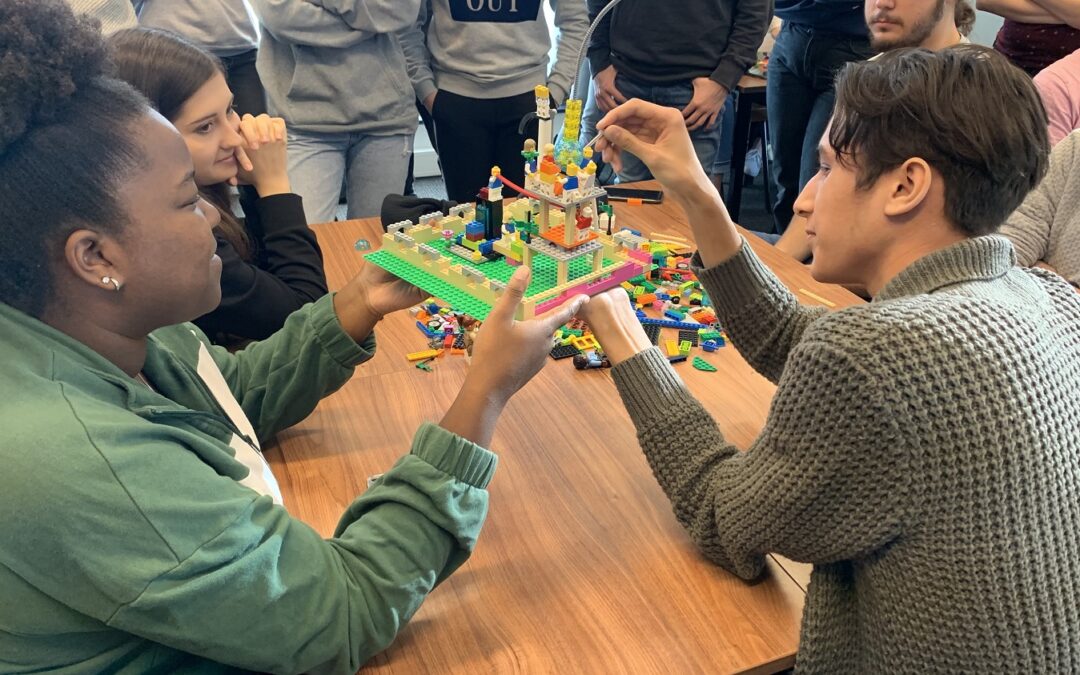 It is every time a pleasure to go back to the University of Applied science in Breda and work with first years’ students Media and Creative Business.

Over the years, since 2012, we did workshops on topics such as: What is Motivation or what are characteristics of effective leadership? This year we focused on the start of their Production House Project, where they establish in groups a Children’s ’book.

Diversity is in the room

Although the experience comes along during practise, as a facilitator you always have to remember that the participants experience a workshop with the LEGO(r) SERIOUS PLAY(r) method for the first time. And so we took of with skills building exercises. These students are quite good in creating metaphors, which comes along with the study and they have a kind natural feeling for them. So, the focus at the start was on building trust, the greatness of diversity and stretching the imagination. Therefore students sat in their project groups, experiencing the 100-100 process, where everyone is equal in their contribution and delivery of insights on a LEGO SERIOUS PLAY question.

We had four facilitators in the room, helping the groups and focusing on the models build by each student. So, the moment each student had built a model on their personal competences, and started sharing … the facilitators could address some questions to their model. The aim was: 1) to give examples of the kind of questions each student (project member) can ask, 2) to create awareness with for student and let themselves tap into their unconscious’s and 3) to provoke the student in an inviting way to share just a bit more about their model with the other group members.

To make sure that the element of play and fun was also tangible, student built an add-on model on a special talent that is recognized through the eyes of others. That challenging question lead also to the fun part, where we asked them to take a selfie with their alter “L” EGO model; lot of fun on Instagram

Part of the team

The second part of the workshop was about creating a TEAM VALUE MODEL. The two exercises were split into an individual contribution and groupwork. The idea behind these exercises was to make sure that every student felt recognized and accepted by the others through building their most important value when participating in group work. After having created their personal value model, they created together a group-model; within LEGO SERIOUS PLAY known as Shared Model.

To ensure that the TEAM VALUE MODEL became part of their project, we finished the workshop with two last challenges. The first one was to practice the story of their model and then captured it on a video with a mobile. That way it could become part of the delivery of the project when assessed by their teachers. The second challenge was to present their model to the other teams in the room. So, by presenting it literally came out into the open, became just a bit more serious and also created insights that every team has it’s own Value Model, based on the diversity of the people in it.

The setting was the following

·         The study is about Creative Business, Media and Education.

·         This is there first semester and there working on a project, delivering a children’s’ book.

·         One day, four workshops and on each workshop four facilitators.

·         Students work in their project-team, consisting of four or six students;

·         On each two-hour workshop about six groups where present