We Need Imagination Now More Than Ever 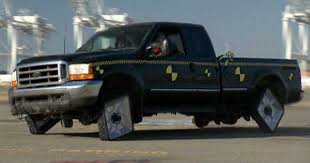 Recently Per Kristiansen drew my attention to the April issue of Harvard Business Review’s article about how pandemics, wars, and other social crises often create new attitudes, needs, and behaviors which need to be managed. The authors believe imagination – the capacity to create, evolve, and exploit mental models of things or situations that don’t yet exist – is the crucial factor in seizing and creating new opportunities and finding new paths to growth. Companies that are able to do so can reap significant value. They point out that in recessions and downturns, 14% of companies outperform, both historically and competitively, because they invest in new growth areas. For example, Apple released its first iPod in 2001 – the same year the U.S. economy experienced a recession that contributed to a 33% drop in the company’s total revenue.
Shaping Instead of Adapting
Imagination is also one of the hardest things to keep alive under pressure. However, with imagination you can do more than merely adapt to a new environment. You can shape it and create new opportunities.
LEGO Group founder, Ole Kirk Christiansen, was a carpenter in a small town in Denmark. In 1932 he formed a company that made products of wood, and the primary cash inflow was brought by selling ladders and ironing boards. However, demand fell sharply during the crisis in the thirties.
Ole Kirk Christiansen was forced to imagine a way to save his business. And he found it in the production of wooden toys, because the demand for them continued to be steady even during hard economic times.

Applying Your Imagination to Shape the Future
Imagination is the ability to see what is not yet there. There are three different ways to apply your imagination. In 1932 Ole Kirk Christiansen could apply his imagination in three different directions;
I: Stick with carpentry, wood and the same products and imagine ways to be more competitive
II: Stick with carpentry and wood, but imagine new products and a new market
III: Drop everything current and imagine a completely new business direction
When under pressure – like many businesses are right now – it can be tempting to focus on approach I, because it’s safe and within our comfort zone. Diving into II and III require more effort and/or risks. Yet when the world changes drastically is always when new opportunities emerge, which you can only take advantage of by applying imaginations II and III.
Keeping your Organization’s Imagination Alive
The Harvard Business Review article outlines seven practices that enhance your organization’s capacity for imagination. One of them is to allow yourself to be playful. In the book by Per Kristiansen and Robert Rasmussen, Building a Better Business Using the LEGO SERIOUS PLAY Method, you can find a deeper description of multiple ways of applying your imagination to create both incremental and radical innovation.